Review | It’s All Fun & Games With Dinners To Die For

I do a lot of stuff. Like, A LOT. All the time. So sometimes it’s a little difficult for me to be impressed. Which is terrible, I know, and I feel like a dork even saying it. But it’s true. The good thing, though, is that if something genuinely fantastic comes along, I’ll be over the moon. And that’s exactly the experience I had with the Dinners To Die For experience at Bu Ya Ramen & Sake Bar this past weekend.

Dinners To Die For? Yeah, sounds bizarre – but it’s pretty epic and combines the best of both worlds (i.e. acting and food, my two domains) into one neat package. You’re basically gonna enjoy an afternoon of drinks and foodie fun, all while solving a Cluedo-type murder mystery.

Here’s how it works: When you get your tickets to the event, the Dinners To Die For teams sends you some backstory on the murder mystery and assigns a character to you. The exact details will differ slightly from dinner to dinner, though certain scenarios will be repeated. I won’t be able to go into too much detail of my event as the scenario I played will be repeated at the next event on the 7th – which is great, though, coz if you get tickets you know you’ll be in for a good time!

Arrival At The Crime Scene

Upon arrival at the restaurant – aka ‘the crime scene’, perfectly decorated with police tape and a little dress-up corner so you can really get into character – you’ll be seated at a table with other suspects. Each table at the restaurant comprises the full list of suspects. That is, for example, we had four tables of eight at Bu Ya, and each table had exactly the same characters. So each table solves the mystery on its own. Anyone could be the murderer though – and it might even be you!

The table is set with character briefs

While welcome drinks are served, you’ll have a chance to read through your character folder, containing information on your character, as well as some general information in the form of newspaper articles about ‘events’ that have happened in this fictional world that could be of relevance and help you solve the crime.

Each character brief has a ‘here’s what you’ll say when you’re asked to speak’ section, which you have to share with the other characters / people at the table. After everyone has read his or her section, you’ll have five minutes to interrogate each suspect. So, basically, you’re suspect and interrogator at the same time.

In between all the interrogations – which are great coz everyone really gets into character and it becomes such a mind game to try to figure it all out – food is served. I had the Bu Ya Chicken Ramen, which was absolutely divine, and I’m definitely gonna have to head back there to do a full-on review just on that.

Most delicious ramen (I was hungry and had a few bites before I remembered to take the photo. Oops).

At some point in all this madness, the leading detectives – the hosts of the show – will release the coroner’s report, which should help everyone come to their final conclusions. Emphasis on should, coz this murder mystery is a mystery of note! And then you have the chance to fill out your suspect form, stating who you think the murderer is, what the motive was, how it was done, etc.

My character for the day: Nina Grigio

Writing about it now it sounds pretty basic, but this was one mind puzzle of note. I’ve got a decent brain in my head and I’m quite a thinker, and this definitely got my brain cells buzzing. And I was super excited to end up as one of the winners of the day who had solved the puzzle successfully and walked off with a bottle of Nederburg wine! There were three winners in total, and there were also prizes for best male and best female characters! So really getting in the game does pay off!

The clue cards scattered all around the table

Maybe it’s coz I like thinking games, maybe it’s coz I’m an actor and getting into character makes me happy, and maybe it was just coz it was so darn cool, but Dinners To Die For was one of the COOLEST events I’ve been to in a while. And certainly the most innovative. I know murder mystery dinners do seem to be quite popular all over the world, but I’ve never done one before and had never stumbled upon one in Cape Town before. So this was definitely a remarkable experience.

The next Dinners To Die For event will also be held at Bu Ya Ramen & Sake Bar, with the event set to take place on the 7th of July. Things will mix up slightly after that, and relevant details will be released in time. Tickets are priced at R320 (includes murder mystery game, main meal, dessert, and a drink; plus there are prizes for the winners) and are available through Quicket. For more information, visit Dinners To Die For on Facebook or e-mail the hosts directly on dinnerstodiefor@gmail.com. This is definitely one experience you won’t want to miss!

Dinners To Die For 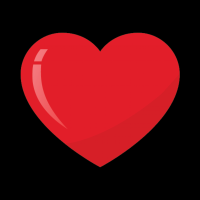